For the 2020 season we had to cancel our 'Dolphineers' (summer interns), but Tom Malpas, who was due to come over, was still keen to help us remotely and has produced some great sighting plots. You can see them cycling through the months below to show the distribution of sightings of the mother and calf pair along the Manx coastline. Thanks Tom!

Many of the sightings have been confirmed through photographs or videos to be the same mother-calf pair, others it is assumed based on the location of sightings, descriptions from observers, and lack of reports of any other bottlenose dolphin calves or groups in Manx waters at this time.

Tom has also produced these interesting graphs to show how the group size has changed over time, from initial sightings of groups of up to seven dolphins, down to just the mother-calf pair since late January. Sightings of single individuals are likely to be the mother-calf pair where the observer has failed to notice the small calf alongside the adult due to observing from land without binoculars.

You can also see the frequency of sightings at different tidal heights, and there doesn't seem to be a significant difference in sightings during different states of tide. This data is for all sightings though, so it may be interesting to examine on a more localised basis, for example just sightings in Peel bay, which we may do in the future. 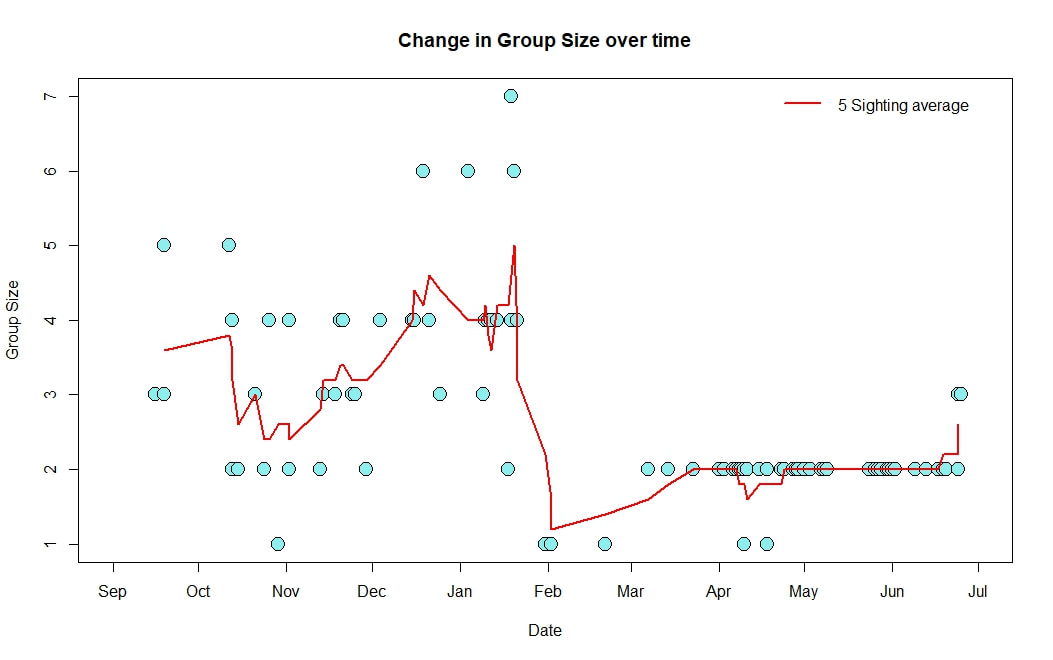 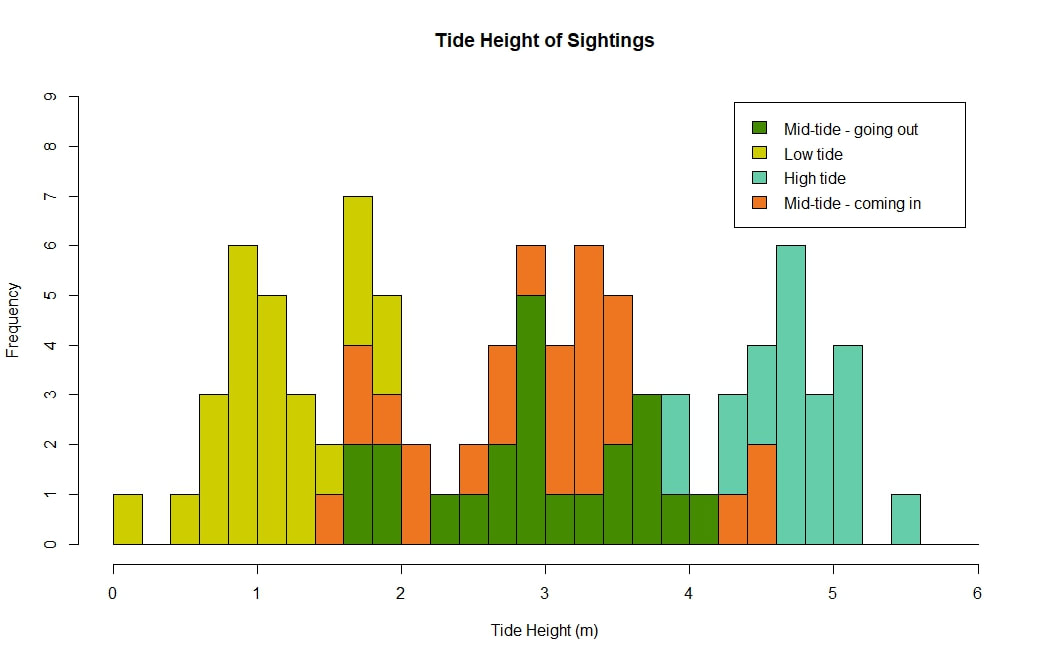 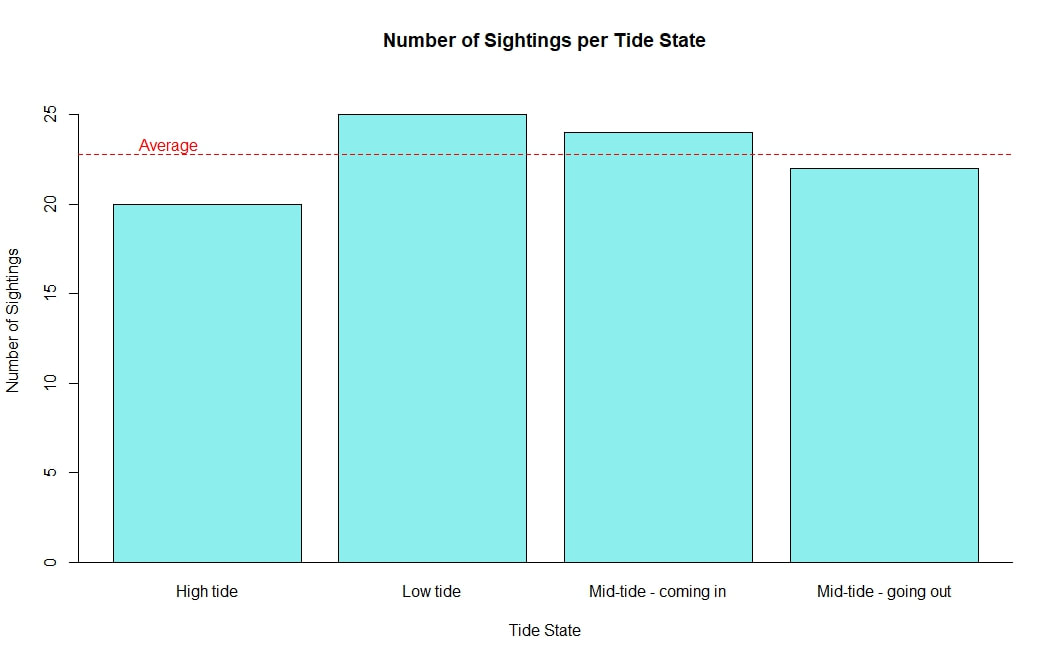