You may have heard of Donald the dolphin who was a popular Manx resident in the 1970s before he moved on to Wales and Cornwall. Donald was a solitary male bottlenose dolphin, a phenomenon which is not entirely uncommon around the world. A famous example is Fungie who has been resident in Dingle harbour since 1983.

Bottlenose dolphins are the most common dolphin species which exhibit solitary behaviour at times. It is thought that this happens because of the dolphins 'fission-fusion' society, in other words a very fluid and ever-changing social structure. Some years pods may not change at all, whilst other years it may reform completely due to bachelor males or mothers with juveniles moving around. Mother-calf pairs may move around as male bottlenose dolphins have been known to practice infanticide, that is killing the calf in order to free the female up again for mating. Solitary dolphins will not interact with other dolphins but may end up seeking out interaction with boats and humans, particularly around harbours.

Just because a dolphin is seen alone does not mean it is 'solitary', it may be moving between pods and only temporarily on its own. In other cases though, such as Fungie, it may become solitary for many years. This mother-calf pair do seem to have been on their own since late January, though they perhaps can't be considered solitary as they are in a pair. We do not yet know if the pair will remain on their own for a long period, or will perhaps join up with other bottlenose dolphins which may visit Manx waters in the winter, we will have to watch and see. Generally though, bottlenose calves will stay in close contact with their mother for 3-6 years and will probably move on if the mother gives birth again.

donald the dolphin in the 1970's with maura mitchell. Image copyright D. aspinall 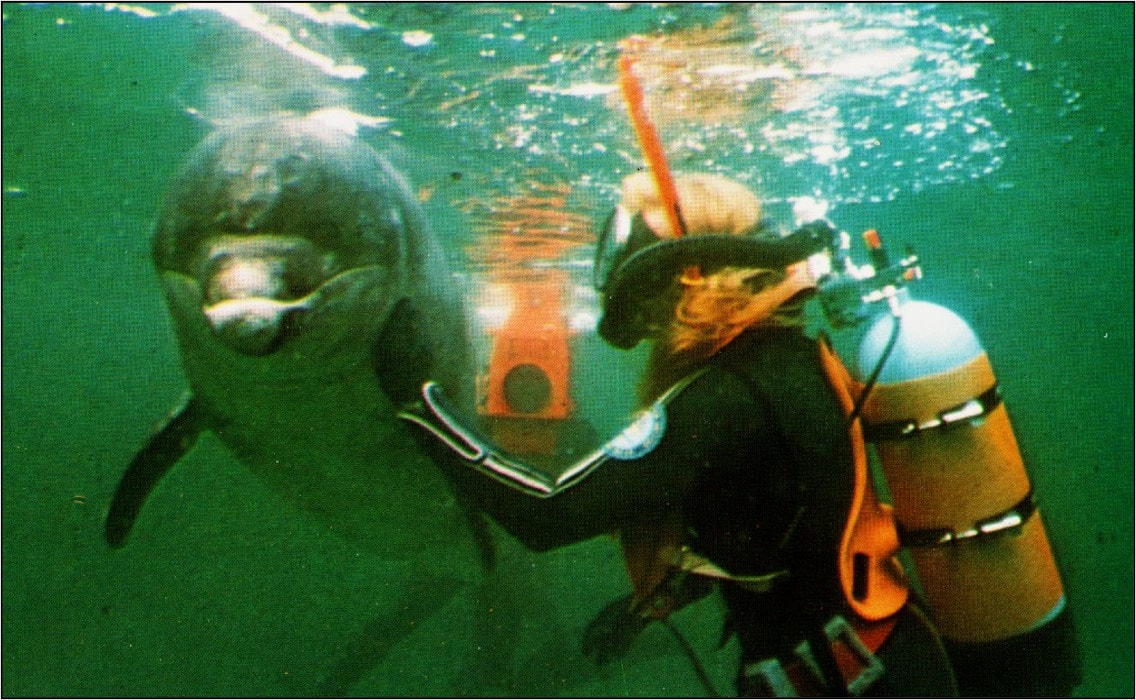